All your ready mix concrete needs on Oahu and Maui.

Call us for all your rock and sand requirements. 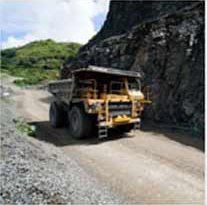 Call us for all your rock and sand requirements. Our Kapaa Quarry on Oahu and Camp 10 Quarry on Maui has been supplying the aggregate needs of the islands for over 50 years. 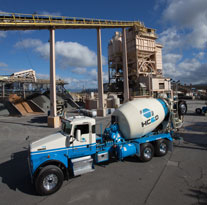 We can meet all your ready mix concrete needs on Oahu and Maui. We can supply any project from a residential patio lanai to a high rise condominium, a residential driveway to a concrete freeway deck. 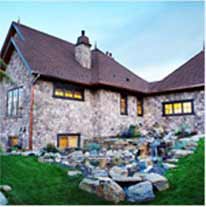 Cultured Stone® is a manufactured stone veneer by Boral. We have been providing this product to residential, commercial and resort projects for over 20 years with many different styles, colors and textures to decide from.

Patios and walks should be three to four inches thick while driveways require about six inches. Footings can vary from 12 inches and up. You would need to determine your requirements with an engineer or licensed contractor. To determine how much concrete you will need, first figure the area to be covered. Then apply your figure to the table below which will determine the estimated amount (cubic yards) of concrete required.
For specific estimate on quantities of concrete you'll need, or for more information about other concrete products, call our sales representatives at: Oahu Sales 808-832-9245 Maui Sales 808-877-5068
Disclaimer: This calculator should be used for basic information and guidance purposes only. HC&D, LLC is not liable for the accuracy of information entered, or derived from using this calculator. By using this calculator, you agree to hold harmless all parties associated with this calculator.

Who we are and what we do

Honolulu Construction & Draying Co., Ltd. was formed in 1908 by a quarry owner, three construction men, and a retired sea captain. The base of the business was the draying of construction materials by horse-drawn wagons. In the business community, the company became known as HC&D. In 1932, a moving and storage division was formed with quarrying and ready-mix concrete remaining the major business operation.

During the 1930's and 1940's, quarries were located in Palolo and Moiliili, but in 1949, rock production moved to the Kapaa Quarry site due to increasing suburban development. The present quarry is the second site in the Kapaa area and covers approximately 416 acres. The company produces the majority of aggregate for subbase preparation, ready-mix concrete and asphaltic concrete, and has met market demands with capital improvements to increase production capacities.

In late 1967, HC&D became a wholly owned subsidiary of American Pipe and Construction Co. of Monterey Park, California (Ameron, Inc.). For many years, Ameron and HC&D supplied concrete pipe to many of Hawaii's major water transmission lines and sewage systems as a joint venture. In 1977, HC&D merged with Ameron, Inc. and became officially known as Ameron HC&D. In 1996, Ameron, Inc. changed its name to Ameron International Corporation, and Ameron HC&D followed with a name change to Ameron Hawaii for the next 18 years.

After 47 years of mainland corporate ownership, in 2014, Ameron Hawaii returned to local ownership and returned to our 1908 roots by changing our name back to HC&D as tribute to our original name.

On Oahu, the primary concrete batching facility is located on Sand Island Access Road as are the administrative offices, with satellite plants located at Kapaa Quarry and Campbell Industrial Park. The primary batch plants are central mix plants. A fleet of 50 plus mixer trucks services our customers from the batching plants.

The company also has facilities on Maui for aggregate, sand and ready-mix concrete production. A central plant is located in the Kahului area at Camp 10, with a fleet of 20+ mixer trucks and satellite plants located in Kihei and Honokowai.

HC&D is the premier producer of the highest quality concrete on Oahu and Maui.

"We are excited to continue the legacy and provide our customers with the same top level service we always strive for no matter what our name is or has been. We are very fortunate to count the entire gamut of homeowners, owners and contractors, from small to very large, as our customers – we owe them all tremendous gratitude in providing for our success for 108 years and look forward to continuing the relationships for another 100 years."

Simply Fill out this form and click the "send" button.